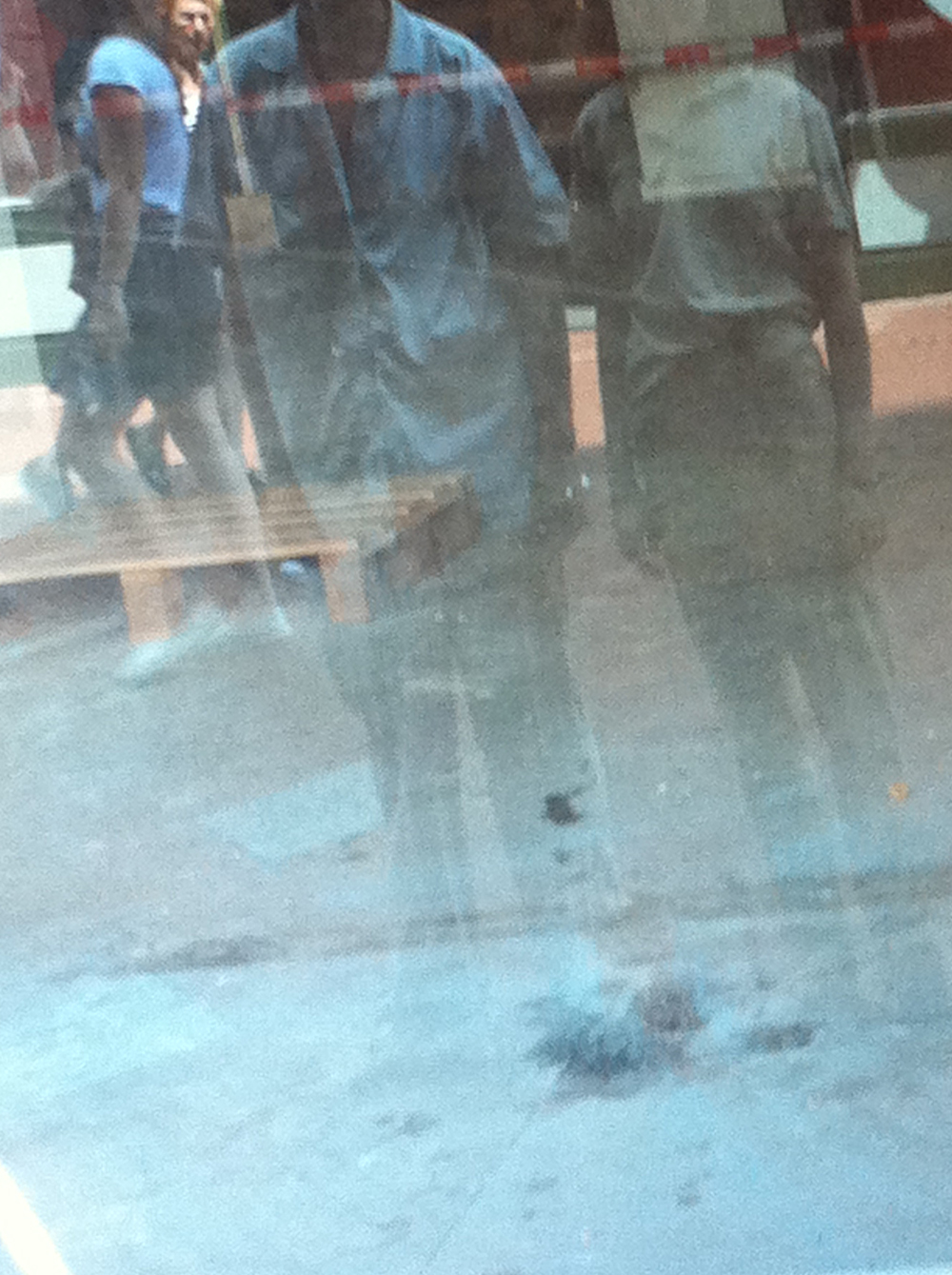 (2017) Two over-sweaty figures look like apparitions, colorless and in a rhythm rather off: they are too slow, or not slow enough. She is reminding him fragments of past discussions, but they might be three.

Performed in the context of We Are The Market!, an ongoing project by Onomatopee Project Space, taking place in the city of Eindhoven. Series of 3 scenes, repeating the same script at 3 consecutive locations in the shopping streets of Eindhoven. Facing figure: Josh Plough; video of the performance: Delany Boutkan. Eindhoven, 2017.
The video of the intervention will be visible at Onomatopee from September 2nd, 2017 onwards.